The exhibition Under Cover: A Secret History of Cross-Dressers at The Photographers’ Gallery shows Sébastien Lifshitz’s collection of ‘found’ amateur photographs, which look at the different nuances of cross-dressing in America and were taken between the 1880s and the 1980s. 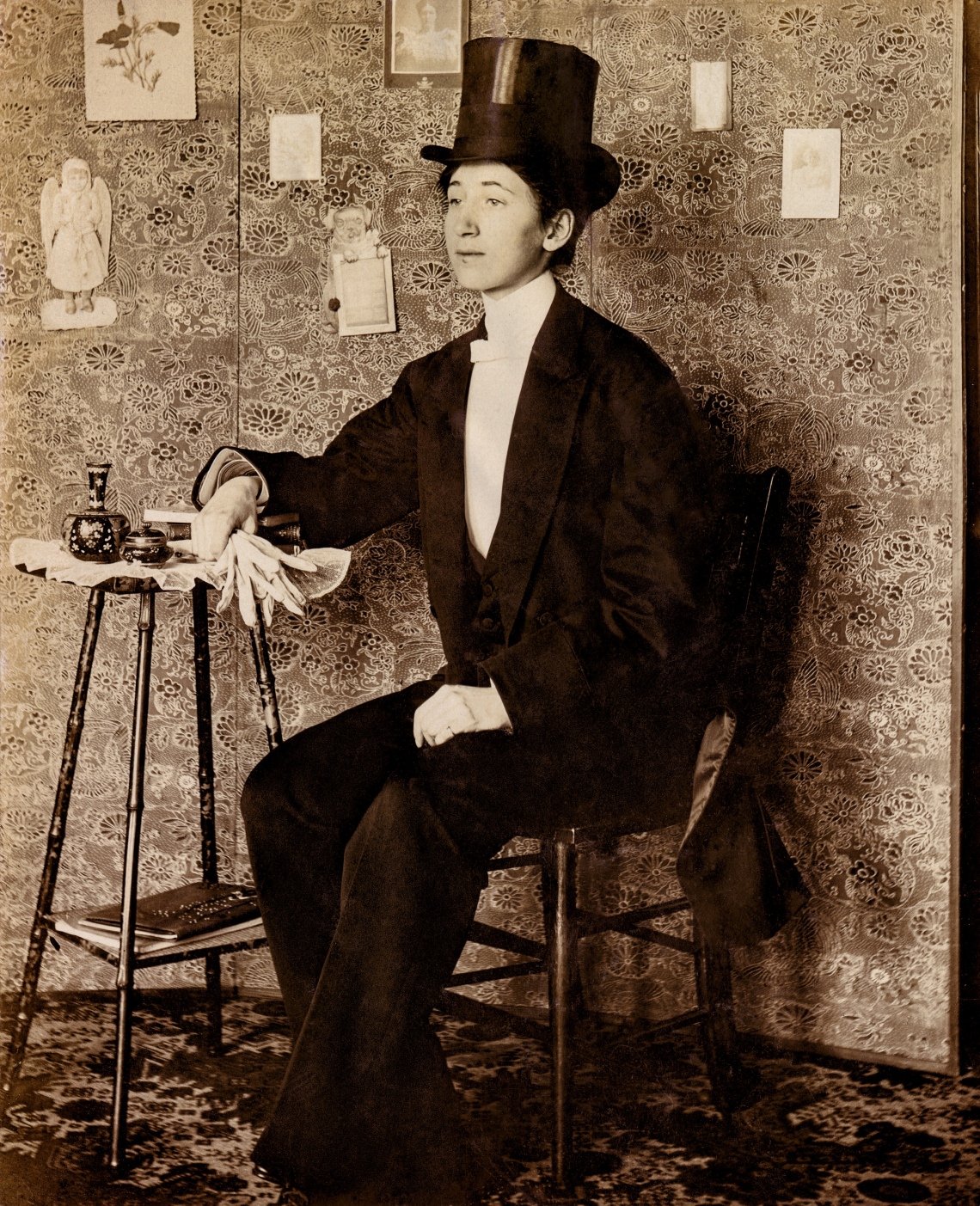 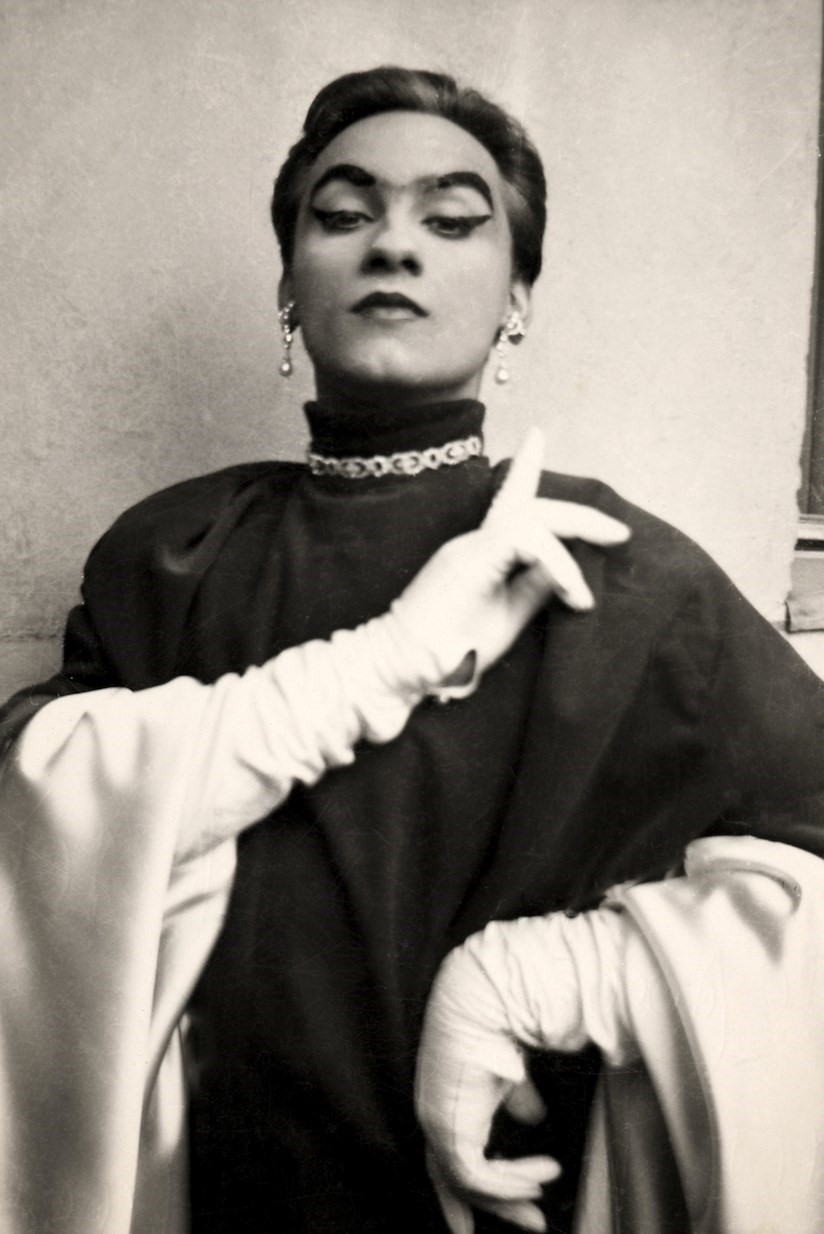 First of all, what was the genesis of this collection?

From the outset of his life, Sébastien has always been interested in discourses and communities on the edges of History, narratives that have been erased or suppressed by the mainstream and normative discourse on gender.

“My classification was extremely simplistic”, Lifshitz enunciates in 2016 before the opening of the exhibition in Arles, also pointing out that “All individuals wearing the other gender’s clothes were put in the same box. I would later discover [by making the film Wild Side in 2004 on the transgender community in Paris] that things were much more complex than that”.

Along these lines, collecting to Sébastien was at the beginning more of an intimate gesture than a systematic research: he was a young gay man seeking to discover his sexuality and gender expression through abandoned images of “ordinary people”.

In other words, he just wanted to experience feelings of belonging and to feel that there are other people like him who did not conform to gender norms.

As Lifshitz states: “But it didn’t occur to me that I was ‘collecting’ at the time because I didn’t do it on purpose. I did it out of curiosity as a gay teenager at a time where it was very difficult to find pictures of gay people from the past”.

The most interesting curatorial aspect of the exhibition is that, in compliance with the anonymity and intimacy of the photos, both Sébastien and Karen intended not to overly dictate reasons behind the photos and leave them open to interpretation.

To recall a little bit of context, cross-dressing was deemed a criminal activity from the early 18th century and so the subjects in the photos can be considered as pioneers for playing with gender norms in times when heteronormativity was the only “accepted” path.

The photos displayed with labels such as “Transformation”, “The Washington Community”, “ Prisoners of War Camps” and “Looking like a man” create a history of crossdressing, which is multifold and aims to question the assumptions that we make about gender identity. 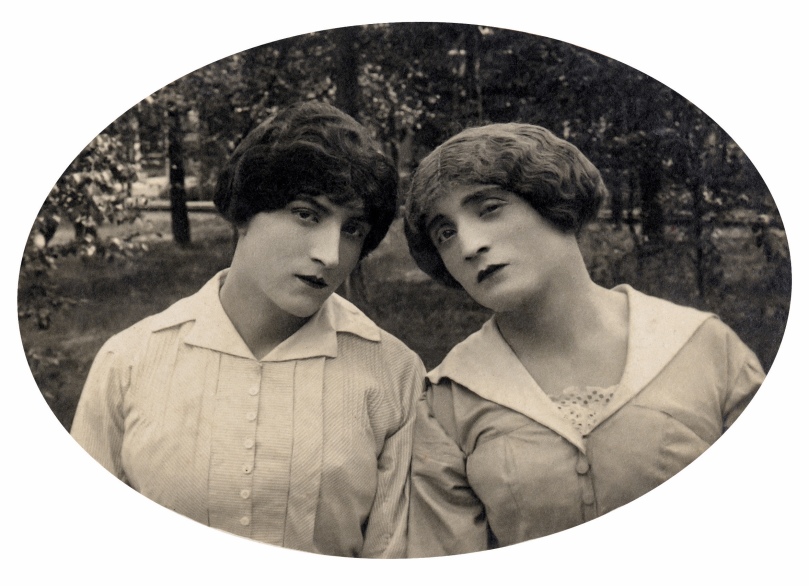 At this point, It is important to emphasize that cross-dressing is not necessarily connected to sexuality: as we might see in “Prisoners of War Camps”, makeshift theatres were set up as acts of resistance and endurance in times of fear and austerity, whereas other photographs showcase glamorous and flamboyant drag queens impersonating the greatest stars of Hollywood in legendary clubs such as Finocchio in San Francisco and The Jewel Box in Miami. 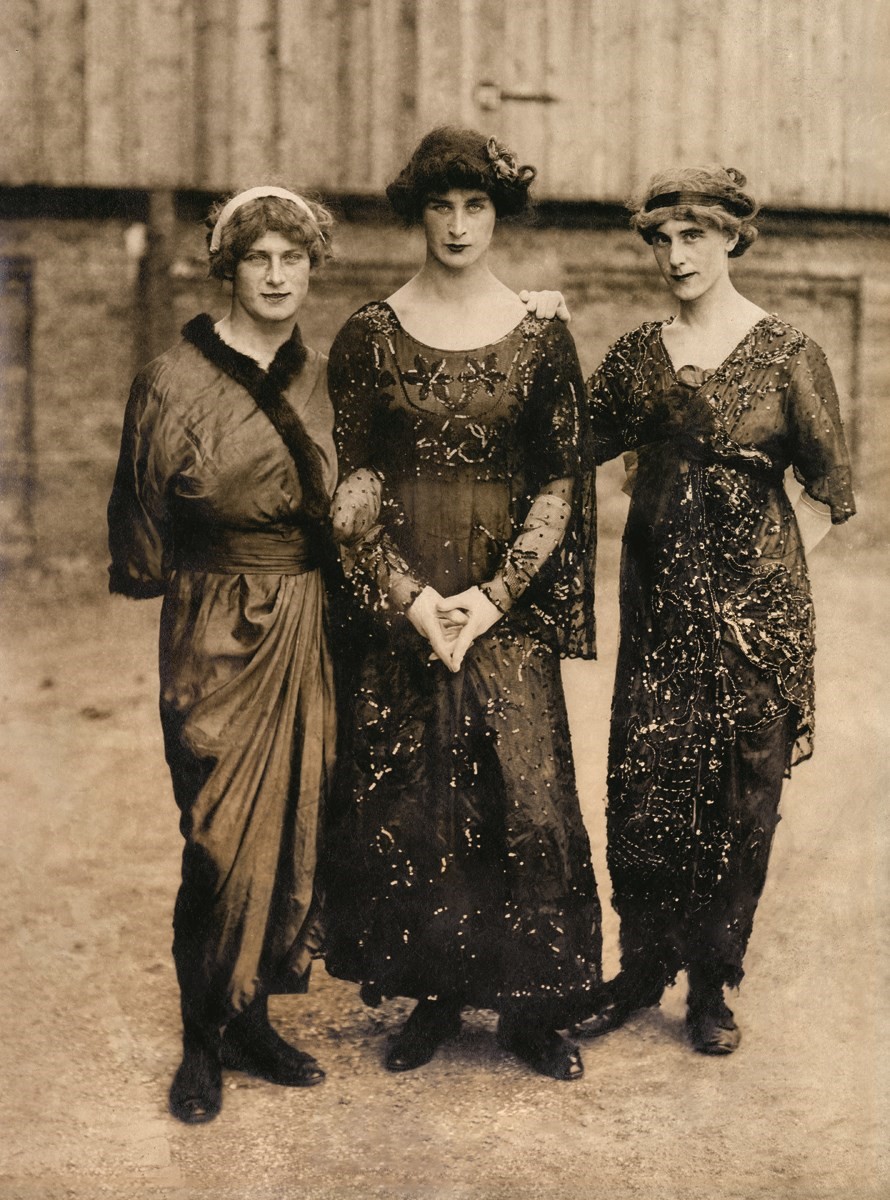 Some photographs were taken in professional studios like the series celebrating the Algerian-born transexual performer Marie-Pierre Pruvot (Bambi), some others in more domestic and intimate environments like the photos of The Washington Community, which shows a small community of men in the suburbs of Washington DC.

Furthemore, it might be added that looking at these photos made me reflect on the idea of gender as a performance: in which way clothes, make-up, props contribute to create an illusion of gender?

To facilitate this, there is a section of the exhibition which presents a participatory wall, curated by artist, educator and activist  Soofiya Andry (@soofiya), where the audience are encouraged to write their thoughts about gender as a performance.

‘Under Cover: A Secret History of Cross-Dressers’ is drawn from Sébastien Lifshitz’s personal archives and is on display at The Photographers’ Gallery, London until 3 June 2018