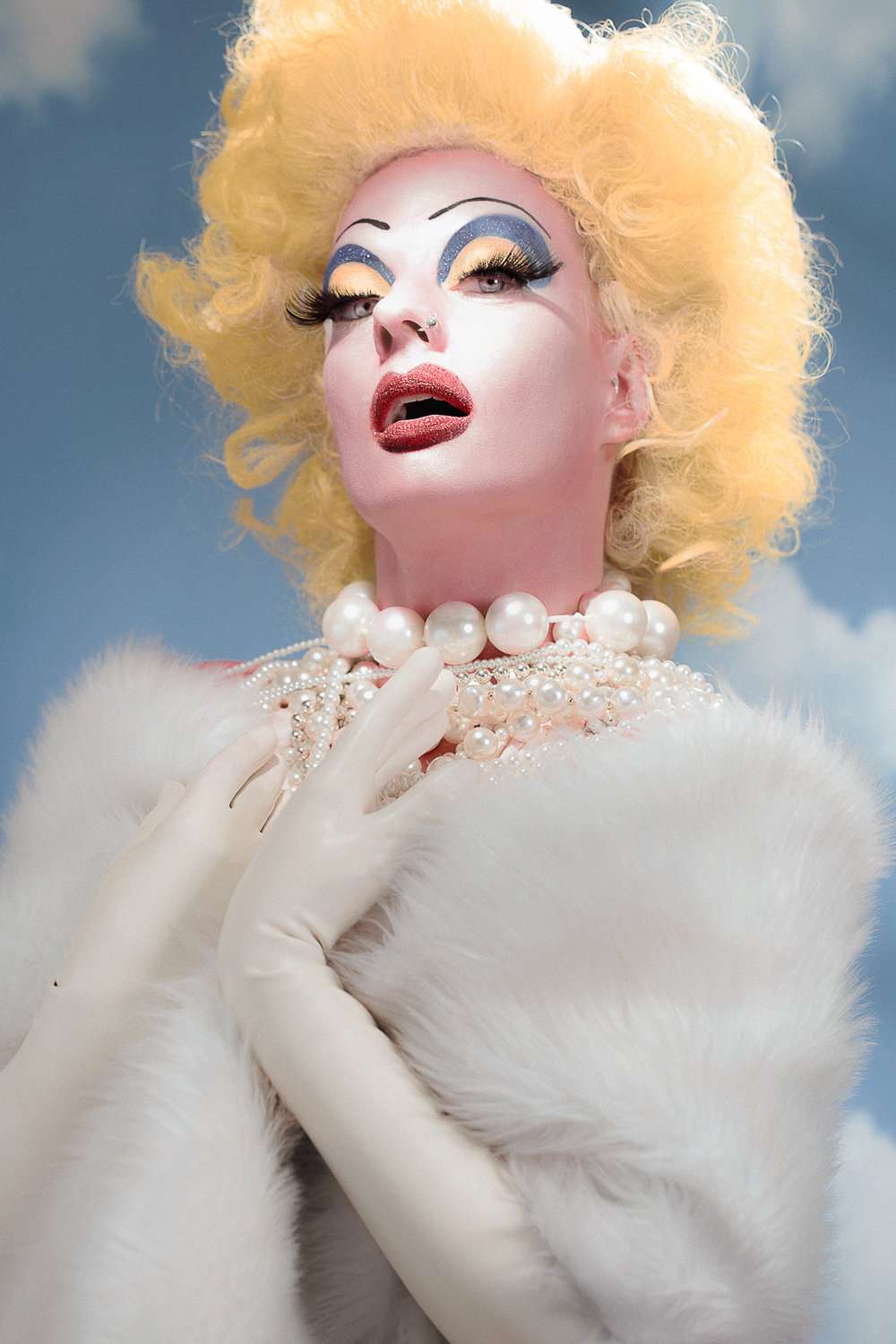 The project is informed by an appreciation of camp sensibility and aims to capture the essence of east London queer club scene, featuring legendary darlings such as compere and performance artist Lewis G. Burton and the ‘holy mother of Gawd’ Virgin Xtravaganzah.

Camp has to be considered as a high form of sensibility, which stems from love of artifice and opulence. At this point, it is important to recall Susan Sontag’s essay Notes on camp , published in 1964, which pointed out the connection between camp and artifice, kitsch and theatrical exaggeration.

‘The experiences of Camp are based on the great discovery that the sensibility of high culture has no monopoly upon refinement. Camp asserts that good taste is not simply good taste; that there exists, indeed, a good taste of bad taste’ (Sontag, 1964).

As Phillip states: ‘[Camp] is a form of satire – a way to exaggerate and ridicule things that are very serious’.

Therefore, a typical Studio Prokopiou image is constructed to communicate hopes, fear and fantasies through the lens of camp: the setting – a bedroom located in a studio in Peckham’s Bussey Building- contributes to the theatrical and decadent allure of the photograph.

The photographs are a wonderful portrait of marginalised characters and combine a plethora of cultural references such as fashion, classical sculpture and religious iconography.

Distancing itself from other canonic projects, the photography of Studio Prokopiou has a distinctly offbeat and cinematic aesthetic. 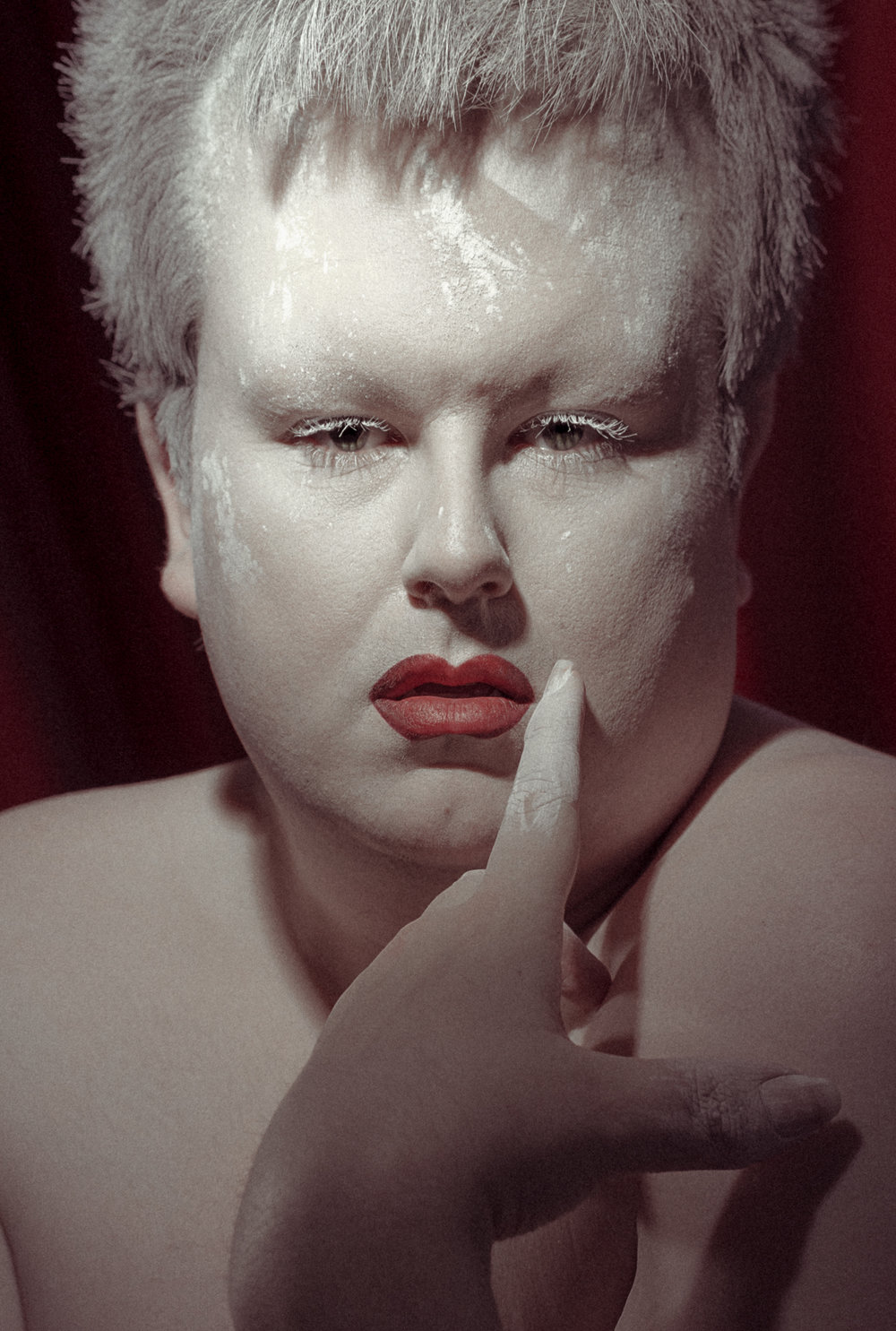 Studio Prokopiou, Curl Up And Dye, Jack James Baxter, 2017. Courtesy of the artist.