This post sparked from a conversation that I had few weeks ago with Prof. Michele Whiting about how I might approach the concept of White Cube without feeling too overwhelmed by the theoretical framework of Brian O’Doherty’s book Inside the White Cube: the ideology of the Gallery Space (1999).

The first issue I always encounter in terms of experiencing similar art spaces is the way they look like at first glance: empty rooms with austere walls, that demand the viewer/spectator to act or look in a more contemplative way.

In order to move beyond my bias as a more performance-type of spectator, I joined Igers Bristol (Igers standing for Instagram community) for a private viewing of the exhibition I believe my works are still valid at Spike Island in Bristol.

Doherty (1999: 8) argues that the most striking comparison that we might draw lie between the sacrality and closeness of medieval churches / egyptian temples and the white cube, as a space who emerged as a limbo-like dimension: I definitely had sensed this feeling of alienation during my visit, so that I started questioning my approach to white cubes and conceptual art.

I never been to an exhibition of Korean monochrome painting (Dansaekhwa movement) before and this artistic ‘virginity’ made me feel uncomfortable and slightly lost: why do visitors look at those spaces as aseptic and daunting? How might those become accessible to host partecipatory events?. 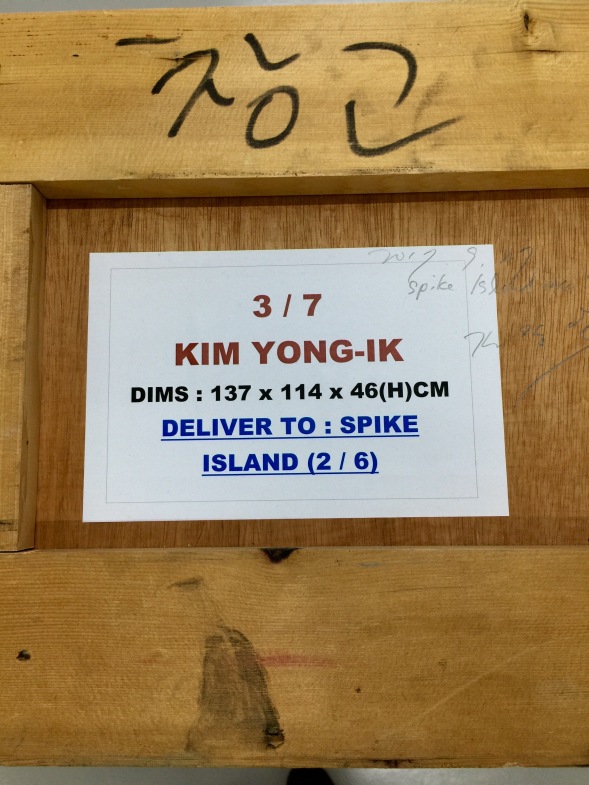 Kim Yong- Ik, influenced by Park Seo-bo and Duchamp, has spent his career trying to figure out how to differentiate his art from either Korean Modernism and Minjung Art (people’s art) , folding many of his works into boxes and deciding to exhibit them as a gesture of resistance in a time where Korea was under an oppressive and totalitarian dictatorship. 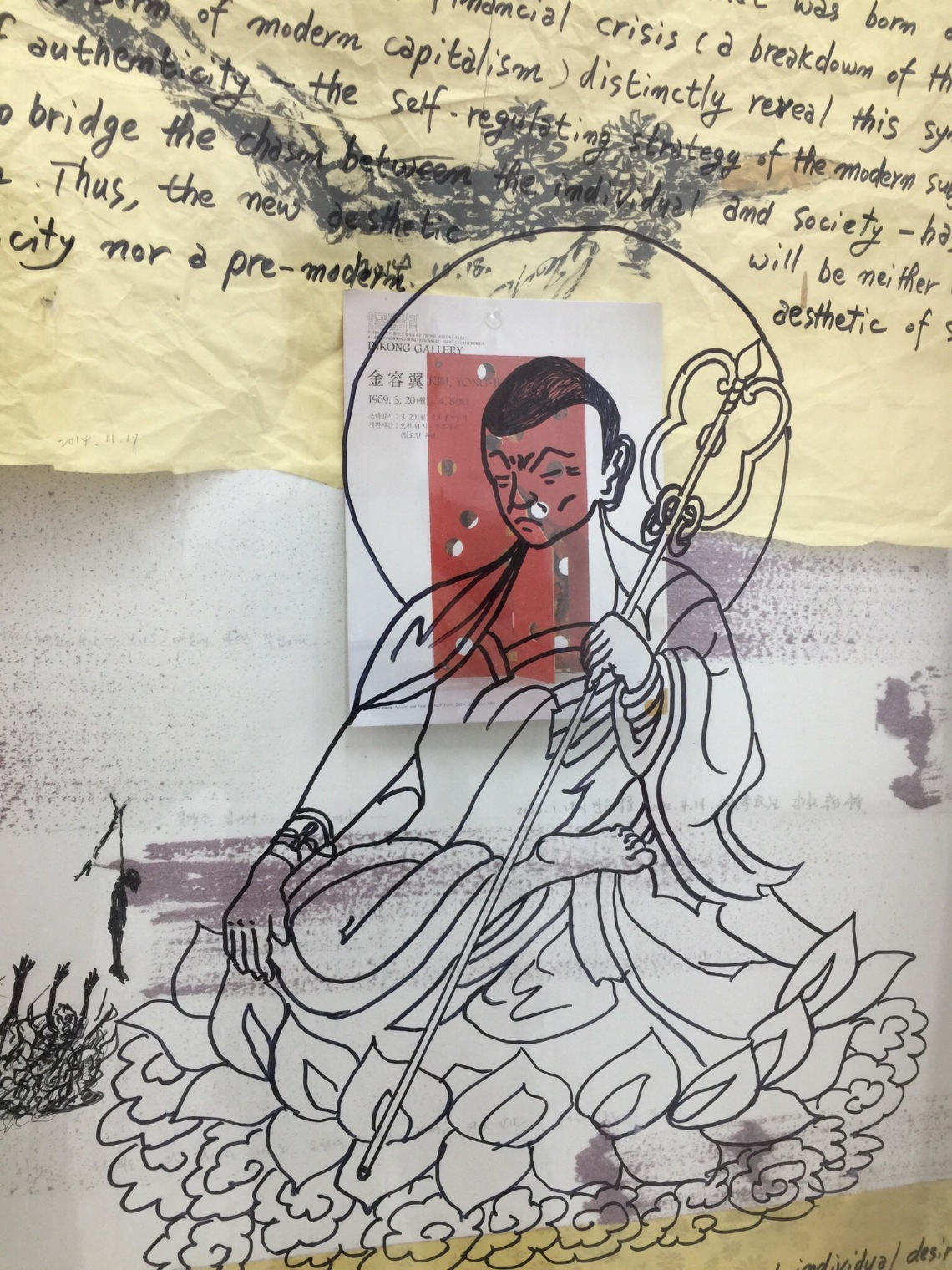 ‘This sense of incompleteness inevitably comes from the absence of aesthetic and the philosophical and civilizational interpretation of the work that I have made this time. It is that somewhat more metaphysical interpretation is what I want,  but I have a compulsion for my mind to be put at rest when I give up such a grand interpretation.’

Furthermore, the key elements across the many phases of Yong- Ik’ s practice are playing with the idea of authorship, incompleteness and refusal of the framing, encouraging the viewers to activate their works with their gaze, spotting the handwritten notes left on the canvases. 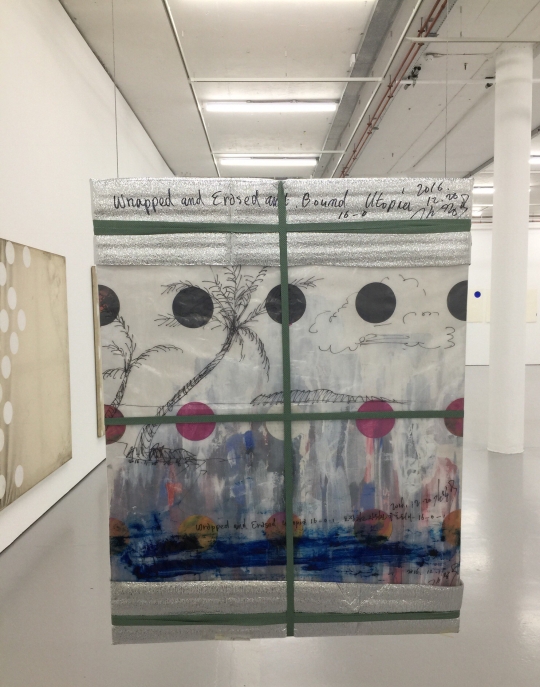 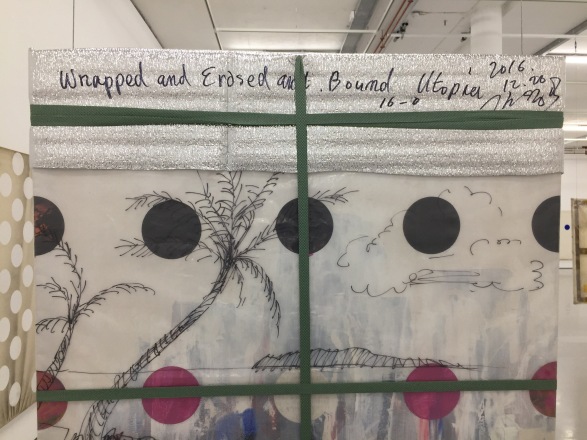 The work above, featuring polka-dots and the representation of a tropical landscape with palm trees, should be read as both a reflection on the limits of the canvas, that he decides not to contain within a frame and conceptually as a meditation on the notion of utopia.